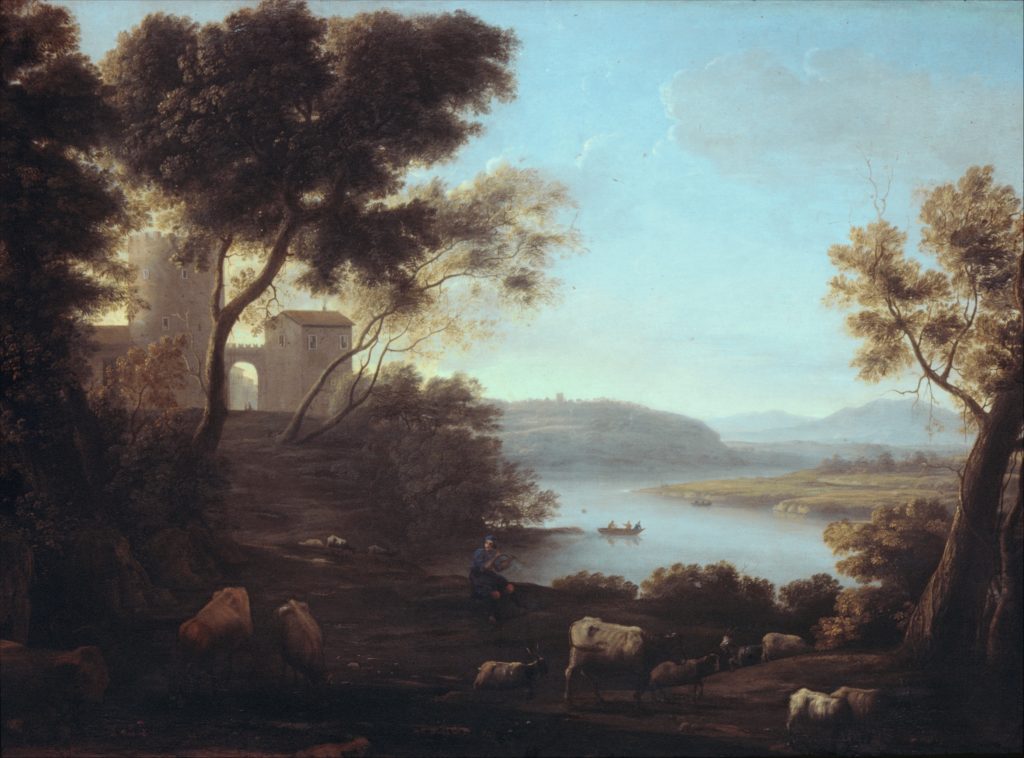 This painting was documented in the Liber Veritatis, a pictorial record (in the form of drawings) made by Claude to authenticate his output and to undermine forgeries. An inscription on the back of this drawing states that the painting was commissioned by a client in Paris.

The composition is presumably based on the topography of the Tiber valley, one of Claude’s favourite locations within the Roman campagna. However the view is most probably invented. It is a caprice. The buildings to the left are based on a number of similar towers and fortified constructions, some of which, such as the Torre Lazzaroni, have survived. The ubiquitous Claudian tree providing shade from the setting sun is a favourite motif. Indeed the quintessence of the Claudian dream are all here: the arcadian landscape bathed in evening light; the tree occluding the light of the setting sun; the pervading sense of peace and tranquility, the shepherd playing his pipes as his charges graze – symbolic of the harmony between man and nature.

Goethe beautifully sums up the essence of Claude’s appeal. “The paintings possess the highest truth, but no trace of reality. Claude Lorrain knew the real world by heart, down to the smallest detail, and he employed it as a means of expressing the world of his beautiful soul.”