This site looks at the enduring power of the myth of Arcadia and the many attempts to represent the Arcadian idyll in the visual arts. In the second half of the nineteenth century the search for Arcadia was one of the driving forces behind the Symbolist movement. 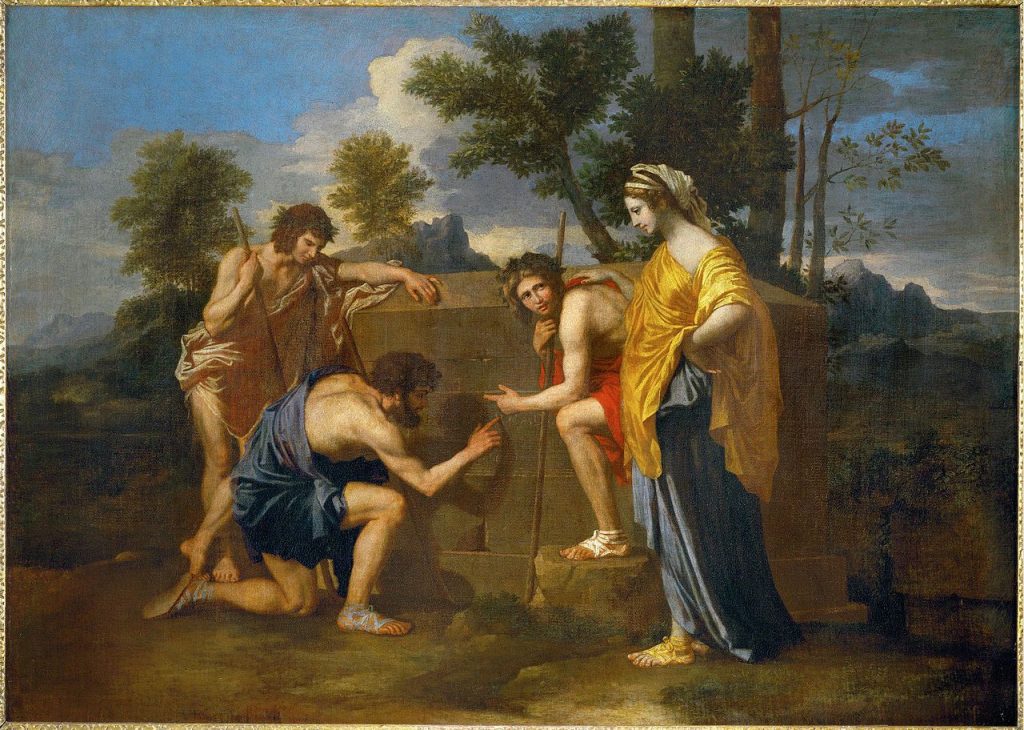 “Conjures up a retrospective vision of an unsurpassable happiness, enjoyed in the past, unattainable ever after, yet enduringly alive in the memory. A bygone happiness ended by death.” Erwin Panofsky

The geographical entity of Arcadia encompasses the mountainous core of the Peloponnese. A remote and rugged region, it seems to have been a bastion against the influx of Hellenic tribes speaking the Doric Greek language. Later Greek writers therefore came to think of the Arcadians as the primordial denizens of the region – a remnant of its very earliest inhabitants. Arcady was also the home of Pan, the primitive goat-like god, patron of shepherds, who could occasionally be heard playing his eponymous pipes on the slopes of Mount Maenalus. By association the Arcadians therefore came to be noted for their musical skills.

But why did this wild and often inhospitable land, incapable of supporting all but the most meagre living, come to serve as the ideal realm of pastoral ease and blissful beauty – an idyll now lost and unrecoverable but the subject of a deep yearning.

This idealised vision was fashioned not in Greece, where Arcadian reality was too near a neighbour, but centuries later through the Latin poetry of Theocritus who induces Pan to appear amid the lush meadows of Sicily, and Virgil who sets his verse in Greece, mentioning the ubiquitous sound of music, but also introduces a verdant flora and eternal spring to his personal Arcadian amalgam. And it is Virgil who was responsible for the addition of that essential part of the mix – the thread of sweet melancholy which is inextricably woven into all subsequent evocations of Arcadia.

It is Virgil’s Arcadia which emerges after a millennium and more blinking into the light of the Renaissance. At the apogee of the Quattrocento Virgil’s vision of Arcadia became an important theme in the cultural life of the court of Lorenzo the Magnificent. In the last years of the 15th Century Jacopo Sannazaro gave voice to these philosophical and literary ideas in his poetic work Arcadia. It first circulated as a manuscript before publication in 1502.

Edward Burne-Jones said his paintings were:

“… a beautiful romantic dream of something that never was, never will be – in a light better than any light that ever shone.” 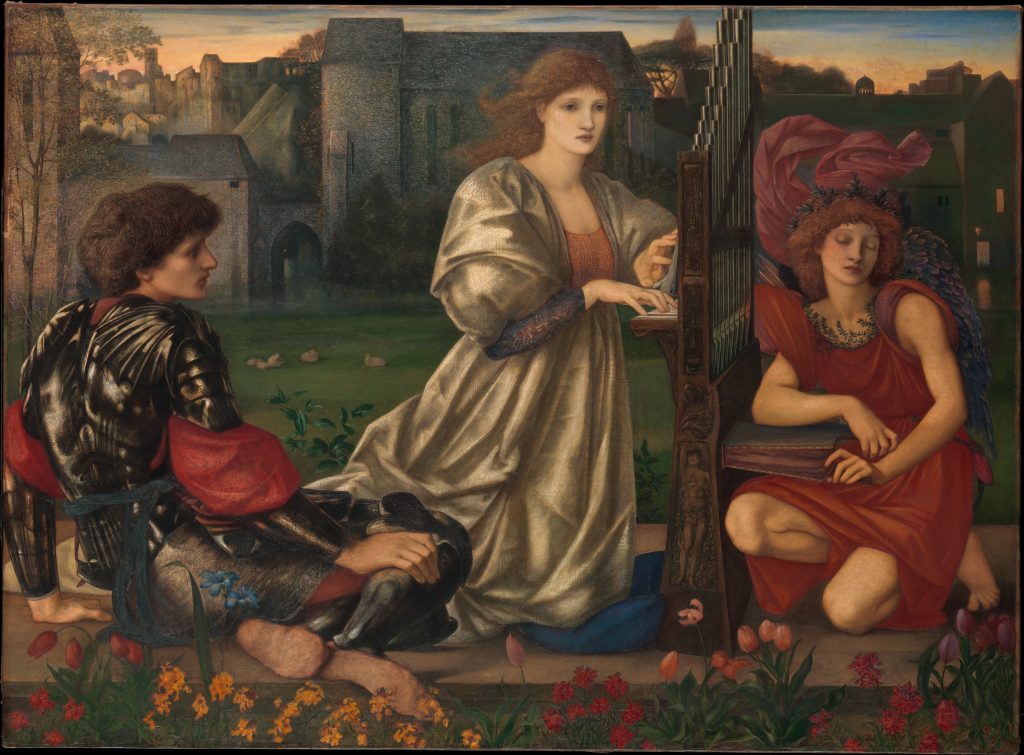 The Symbolists used mysticism, allusion, suggestion and ‘dream’ to convey moods of heightened awareness in the viewer – eg nostalgia, melancholy. They strove to represent something other than physical reality, erring towards the fantastic, the enigmatic, and delving into the unconscious. Symbolism enshrines within itself a resort to decadence – the quintessential Symbolist painter or poet is a dandy. Albert Aurier (the only critic to praise van Gogh in his lifetime) defined it as the painting of ideas.

The term was first used in regard to poetry by Jean Moréas in 1886 when he published his Symbolist manifesto in the literary supplement of Le Figaro. Moréas was referring to the ‘decadent’ poets, Baudelaire, Mallarmé, Verlaine and others. The poetry of Edgar Alan Poe as well as his tales of horror were also influential. Mallarmé wrote ‘to name an object is to suppress three quarters of the enjoyment of the poem that comes from the delight of divining, little by little – to suggest it, there is the dream’. The ‘symbol’ in Symbolism therefore refers to an unknown quality – a value that hovers out of reach.

In the visual arts an ill defined mood, a sensibility, during the previous twenty years or so, led to the production of paintings which were retrospectively identified as Symbolist. In particular, the work of Pierre Puvis de Chavannes, Gustave Moreau, Edward Burne-Jones and Arnold Böcklin. The work of these artists fed the next generation of Symbolist painters who were opposed to nineteenth century industrial and commercial reality – searching for something transcendent – visionary, poetical, sometimes religious, sometimes satanic. As a reaction against the Industrial Revolution, Symbolism gave voice to the yearning for an idealised past and pitted itself against Naturalism and Impressionism, embracing myth, mysticism and allegory, often rejecting perceived reality in order to grasp at a meaning beyond the possibilities of depiction.